My very first investment was a purchase of an SFR, in Winnetka, with a tenant occupant. This step truly set the tone for the rest of my busy career in real estate investment. Like many things in life, opportunities come and go. We need to be aware, and willing to execute, in order to take advantage of these moments. This requires a level of preparation. Obviously, I was not as experienced as I am today, but my willingness to learn and grow trumped any inconveniences. I had the determination to make up for my lack of experience.

I was 21 years old attending CSUN. My landlord, who was also my roommate, asked me if I wanted to buy a rental. Little did my landlord know that not only was he asking me if I wanted to buy, but if I wanted to experience what it was like to have a real estate asset. Once I understood that real estate ownership is the path to financial freedom, I jumped at the opportunity. It was 1994, and the purchase price for this rental was $145k. I had a tenant that was paying all my expenses, and I was netting $350 per month while putting very little cash into the deal.

Fast forward a few years later, where I then chose to sell the investment property when the tenant vacated. I came to the realization that they were paying higher than market value the whole time. I realized I was lucky to buy in a real estate market that was moving up. My mistake of not checking the real estate market rental rates, during the time of purchase, ended up not hurting me. I sold the rental property in 1998 for $168k. In 1996, I acquired my real estate license, and immediately began focusing on buying more real estate properties. I had just benefitted from selling my first real estate rental asset, and I was really determined to conquer and build an empire under my name. I, without a doubt, knew that the answer was investing into more real estate properties and assets. But I needed to approach this journey with some type of investment strategy.

At the very start of my investment career, I had a strong sense of determination. Now all I needed was a strong approach for a successful execution.

I purchased two properties from 1996 to 1997, one was a duplex in Chatsworth, and the other was an SFR with a few guest houses in Northridge. When purchasing a rental property, if you plan to move into the property then you have established a strong “Plan B”. This is an approach that investing beginners can fall back on. Of course, once you begin juggling multiple rental assets, at once, you can’t move into every single rental property investment. However, when you are starting to build your real estate portfolio, purchasing 1 to 4 units is a good starting property investment strategy.

I developed my duplex investment strategy in Chatsworth for about 8 years, before I sold it, using a 1031 exchange, and my up-leg was a multi-unit property in Dallas. The purchase was for $250k, and the sale was at $775k. I also had that duplex property occupied 100% of that time, for the most part.

In the year 2000, I invested into a multi-unit property, with 5-units, in an upcoming area known as the “Noho District”, in North Hollywood, California.

In 2003, I received an offer I absolutely could not refuse. It was 25% over the current real estate market value of its particular region. I sold one of my previous investment properties for $345k and I used a 1031 exchange to invest into a commercial real estate property in Woodland Hills for $1.1 million.

The real estate investment I purchased, in Woodland Hills, had an upside in property rental rates. To break it down in simpler terms, the property rental rates were below that region’s average property market value. So, my next step was to increase property value, which would raise the rental rates. The investment property was situated on Ventura Blvd, which was a location in high demand. I sold the commercial property within 18 months, and used a 1031 exchange to purchase a shopping center property, from Houston, in January of 2005.

The sale of the commercial property in Woodland Hills was for $1.8 million, and the purchase of the shopping center property, in Houston, was $3.6 million.

To this day, I still own that shopping center property in Houston. One of the main reasons I saw a need to sell the commercial property in Woodland Hills, and purchase the Houston shopping center investment,  was to receive higher yield on my equity. This is a major key to successful real estate investments. A real estate investor can only achieve passive income from property management investments if they are receiving a high enough yield, which allows them to be self-sufficient.

I did the math, and realized something crucial. By raising property rental rates, it is detrimental to calculate my return on equity, based on the new equity I just created for myself. My return was 4.5%. This is very common when considering Los Angeles real estate investment strategies. The solution was moving my funds to an investment property in Houston, Texas. My return on the same equity was 10.5%. Keep in mind, that is not inclusive of the principal reduction that was accumulating every year.

Holding onto beneficial assets while simultaneously juggling new opportunities is a skill that truly set me apart from my competition at the time.

REO and Residential Property Investment amidst the 2008 Housing Crisis

Real Estate Owned (REO) is property owned by a lender, such as a bank, that has not been successfully sold at a foreclosure auction.

I ended up moving into the Sfr in Northridge, and eventually sold it in 2001, when I moved with my wife and one year old to Woodland Hills.

The new primary investment property my wife and I purchased, in Woodland Hills, cost us $525k in 2001. We eventually did some property renovations and remodeled that investment, before we sold it in 2005 for $1.2 million.

Later on, we bought a home in Calabasas, California, for $1.55 million, and just a year later sold that residential property investment for $2.375 million. Of course, we needed to build the front and backyard, in addition to renovating the home, in order to get its maximum value, as the residential real estate market was rising. It was 2006, and we were using the $500k capital gains write-off. This is a write-off which allows a married couple to utilize its benefits every two years.

When the 2008 housing crisis occurred, I repositioned my financial investing strategies to focus on REO’s. I held some of the Reo’s purchased from 2010-2013, and finally sold them by 2017. I felt as though it was close to a peak in the real estate cycle.

As I gained experience and success in the field, I prioritized the motto: Life is a marathon, not a race. This really pushed me to continue using money to make more money.

Strategies for the Most Profitable Types of Real Estate Investments

My goal, when investing in real estate properties, has always been to achieve financial freedom, as I am collecting passive income. Or, as I also say, “Coupons”.

One statement, provided by my first mentor, was, “you will make money buying real estate, not selling it.”

Of course, we need cash-flow for investment properties. I was able to receive cash-flow through commissions on property sales I closed. However, I learned that the real money is made when we invest it properly.

As I found out, some real estate property types are easier to manage than others. For example, personally managing a Multi-Family property, of any size, requires an on-site property management strategy. Commercial properties, industrial properties, and office space properties, are also the types of commercial real estate investments I tend to gravitate towards. These types of spaces allow me to have a buffer, for the property management company, between myself and the rental tenants. The biggest difference between Multi-Family properties, and CRE, is the tenant type. I prefer dealing with business owners as opposed to tenants. 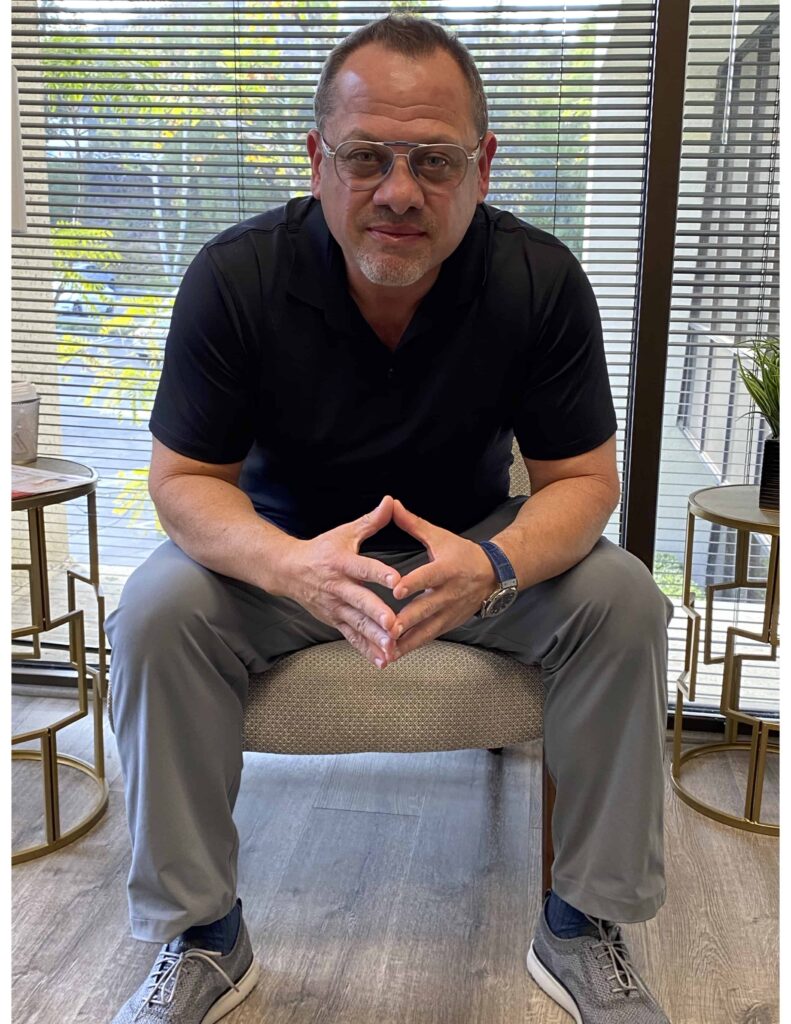 During COVID I decided to start a platform to help all professionals regardless of their level of success. I hope you find it educational and entertaining. Feel free to subscribe and share with your friends. -guarantee financial freedom 2021
LEARN MORE